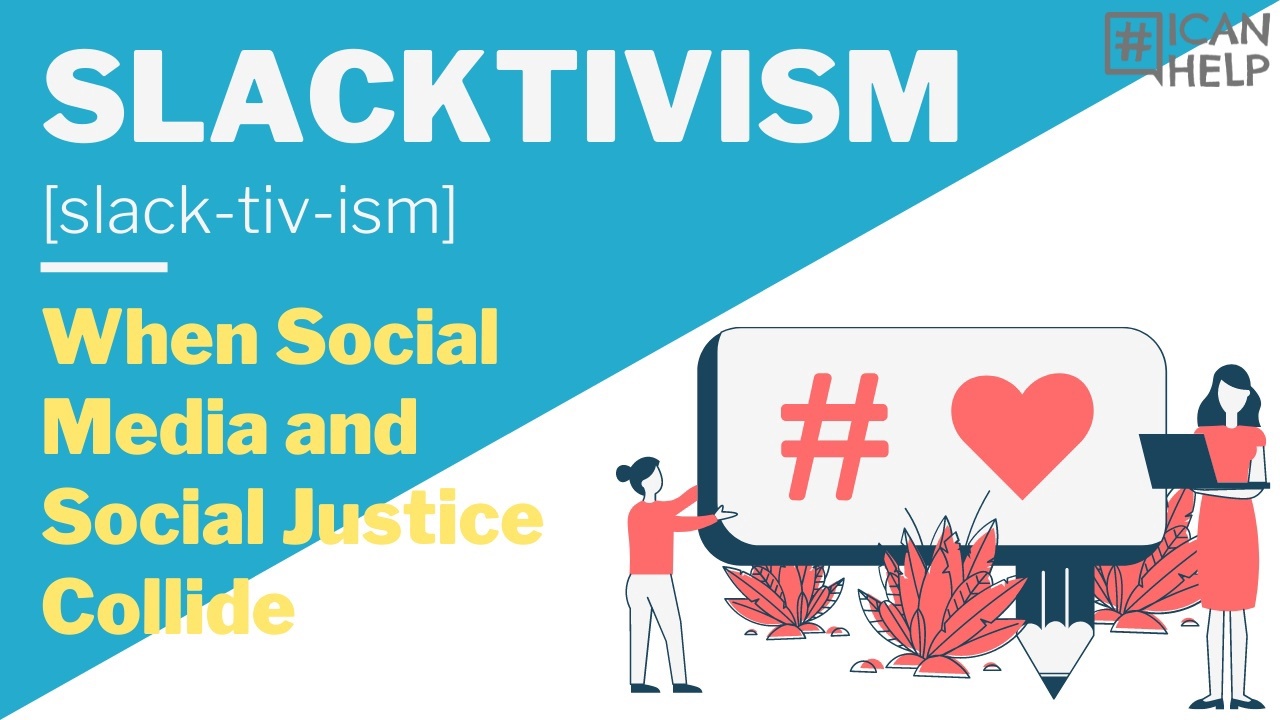 As you scroll through your feed, you come across a picture of a little girl. She can’t be older than three years old. She’s dressed in ragged old clothes and has the biggest frown on her face. The caption reads, “One like equals one life saved!” That’s all the context you have, but of course, you have to do something. You don’t question liking the post because you’re saving a life! Right?

Here’s the thing: You can’t honestly expect your “like” to be the reason someone else is alive. It’s a nice thought and I’m sure you had good intentions, but unfortunately, that’s just not the case.

In this new age of social media, people have easy access to a wide variety of platforms that can be utilized to spread the word about social injustices. It has made it unquestionably easier to inform people about current world events and to connect with those who advocate for the same things you do.

Long before the internet rose to popularity, protests, posters, and any physical medium was the way people got their voices heard. Now you get noticed through clicks, likes, and shares.

Gen-Z is more notably the generation that has been influenced the most by social media movements (Black Lives Matter having the most impact) and a strong belief that they can shape the future. This stems from Gen-Z being socially conscious of the world we live in, having grown up with social media. According to Forbes, 65% of this generation wants to create something world-changing and seek opportunities to do so.

Social media is a great tool, but with every pro, there is a con. The biggest con here is that social media has made people lazy. Especially when it comes to activism. Being an activist means taking action, and I mean real action that solicits change. There’s a new term being pushed around called “slacktivism,” and I think we’re reaching a point where it’s getting in the way of true activism.

So what is slacktivism? Dictionary.com says that it’s actions taken to promote a movement but involving only minimal commitment, effort, or risk. It’s a relatively new term, but it’s a way of being able to voice your opinion without having any real effect on a cause. The #savetheturtles tweet you retweeted? That’s probably the best example of slacktivism.

That’s not to say that anyone who retweeted a viral hashtag had any ill intent behind it. The reality is unless you actually donated or did something to aid in #savingtheturtles, then that retweet didn’t really change anything.

The same can be said of the celebrities that sang “Imagine” at the start of the pandemic. It’s a nice sentiment, but the 25 celebrities singing Lennon’s song didn’t miraculously cure COVID-19. Still, other efforts were made by other celebrities for COVID-19 relief.

Even though some movements don’t exactly have the end result you want them to, that doesn't mean all of them turned out that way. In fact, there were many movements–with the help of social media–that got the results and change they were looking for.

Let’s take a closer look at the social media movements that did spark change over the past decade and what went right.

Arab Springs: This is one of the earliest examples of social media having a tremendous impact on the social unrest happening in the Middle East and North Africa. In 2010, the younger generation of protestors took their unrest to platforms like Facebook, Twitter, and YouTube to spread the message of oppression in their country. Through that, they were able to gain support from people all over the world.

ALS Ice Bucket Challenge: The summer of 2014 was most memorable for the summer that everyone poured buckets of ice water over their heads. Millions of people participated in the “ALS Ice Bucket Challenge” after it went viral. Many celebrities participated as well. The challenge was intended to raise awareness of amyotrophic lateral sclerosis or Lou Gehrig’s Disease. As a result, $115 million in donations was raised for the ALS Association.

#MeToo: The term “Me Too” was first coined by Tarana Burke in 2006 to empower women who have experienced sexual harassment. Then in 2017, Alyssa Milano reintroduced the phrase and thus the #MeToo movement began as a way to break the silence surrounding sexual harassment and assault. It has expanded to a global effort and reached communities of survivors to remind them they are not alone.

Black Lives Matter: Racial injustice is something we are still battling Black Lives Matter has started conversations that are necessary to address the problems that go unseen by society. Though there is a question of whether or not people posting black squares in honor of Blackout Tuesday was because it was “trendy” or if people genuinely cared about taking a pause in business, posting on social media, etc… But we’d be lying if we said the BLM movement as a whole didn’t spark change where we needed to see it. The cause has come a long way since its inception.

When you take a closer look at each of these movements, even with all the significant influence it had in shaping social justice, it’s apparent that there is skepticism on whether or not social media truly helps the cause.

It goes without saying, social media is the greatest tool anyone can use to get the word out there. When an organization gains enough support from people who believe in a cause, there is a door of endless possibilities waiting to be opened.

The answer lies with you, the user. Take a second and look at the actions you’re taking when it comes to supporting movements online.

Were you the one that dumped a bucket of ice-cold water over your head because someone nominated you to do it? Or did you research what the actions represented and took the next step to support those with ALS?

Did you post the black square because you wanted to show your support for the black community the way everyone else was? That’s great. But what else did you do in order to solicit a lasting change?

There’s a difference between being proactive and reactive -- activism versus slacktivism.

When you’re proactive, you find all the ways you can help in order to make a real mark on the world. You’re reactive when you respond to social justice movements but sit still and don’t really do anything.

Which one are you?

How Can You Manage Your Digital Footprint? Jun 21, 2022
Feminist, Online Safety Advocate, and Organization Nerd! | Introducing Our New Lead Intern, Lola Bessis! Jun 15, 2022
6 Ways to Build a Stellar LinkedIn Profile that will Get You Noticed Jun 07, 2022