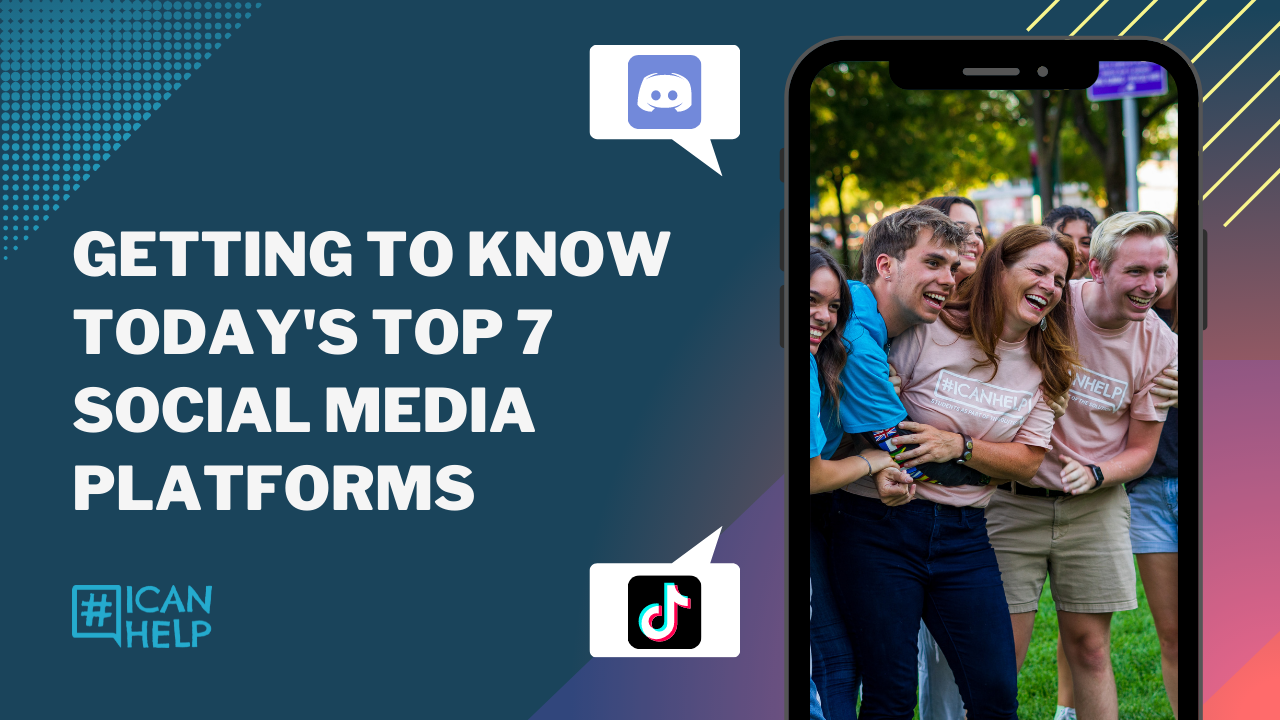 Social media used to mean the BIG 4: Twitter, Facebook, YouTube, and Instagram. These days, social media platforms have expanded to include a wider variety of influential spaces where kids and teens are hanging out. Here’s a quick recap of some of today’s most popular social media platforms to help you stay up-to-date and in the know when it comes to students and popular digital technology.

Twitch is a live streaming video platform where creators and the audience can interact in real-time. It got its start as a live gameplay stream for video gamers but has expanded to include music, sports, creativity, cooking, and podcasts. Twitch requires users to be at least 13 years old, but due to the lack of filters for mature, violent games, we recommend users be 15+. Twitch also doesn’t restrict swearing or games with nudity, so keep that in mind for younger users.

TikTok’s popularity has skyrocketed over the last two years, helped in part by lockdowns during the pandemic. When digital media is all you have for entertainment and connection, it’s no surprise that kids’ use of this creative video-sharing platform has exploded. But while you can keep kids safe by making their profiles and content private, there’s no way to limit what they can view on the app. Not all content is appropriate for children, so it’s important to have conversations with them about setting boundaries and limits. You can also set a daily time limit in the app’s Digital Well-being tab that will force the app to close after the limit has been reached. Play around in the app yourself and get familiar with its features so you can have an informed conversation.

If you’ve heard of VSCO, you might be wondering—what is a photo editing app doing on here? Well, VSCO has evolved from straightforward photo editing and pre-built filters to a full creative community app similar to Instagram. While the app is free from follower counts, comments, and ads, the highly edited and stylized photos that creators share can distort kids’ and teens’ sense of what’s normal and real. If youth you know are using this app, it’s important to discuss the difference between edited photos and real life.

Reddit has been around a long time—since 2005—and is one of the most popular social media platforms in the world. The platform is made up of communities, known as subreddits, where people can share posts and engage in discussions about anything. Politics, culture, entertainment, history, literature, kids falling over—if you can think of it, it probably has a subreddit. This app skews more towards older teens and can be a great platform for thoughtful discussion, discovery, and engagement. Like any social media app, it also has the potential for abuse and inappropriate content, so talk to your kids and teens about how they use the app and what they find interesting.

Discord is a voice, video, and text chat app where users can build custom communities and channels on their own servers. Users can set up private groups for their friends or open groups for all users to join and engage. Discord is often used to complement an app like Twitch. Twitch streamers will have their live video feed plus the live, interactive chat community in Discord. While Discord got its start in gaming, people use it for book clubs, classes, digital conventions, and more. Teens often use it to do everything from studying to watching Netflix together. However, both public and private servers can be filled with vulgarity, bullying, and other inappropriate content, so if kids and teens are using it, talk to them about what to do when they encounter tough situations online.

Snapchat is another popular app that’s been around a while, but we wanted to include it here because it’s not going away any time soon! Snapchat started as private, person-to-person photo sharing, but the app has evolved to include sending videos, live video chatting, messaging, and sending a “story” that’s broadcasted to followers. No matter the format, all snaps have a replay time limit of 24 hours and the focus is on live, “in-the-moment” content and experience sharing. While users can save their own snaps in a memory section, they can’t save other people’s (although screenshots are allowed). Snapchat has privacy settings and we recommend enabling “Ghost Mode” for any users under age 18 so no one can see where they’re sending snaps from.

Whisper is an anonymous app to share secrets, opinions, and confessions. There are no followers, friends, or profiles, nor is there a way to search for other users. An app like this can be a useful outlet for teens to express themselves without fear of judgment, but there are also still risks of bullying as people can respond to whispers via the private chat function. However, Whisper has a zero-tolerance policy for bullying and has also worked with the Family Online Safety Institute to develop guidelines for parents and teens on online safety. There are mature themes discussed on some channels, so the app itself has a policy of 17+ to sign up.

ASKfm is an anonymous Q&A app where people communicate and get to know each other strictly in the form of questions and answers. Because this app is anonymous, the possibility of cyberbullying and harassment is high. Plus, users can share photos and videos which reveal their identity, even though anyone who comments or engages can be anonymous. Profiles can’t be reported and inappropriate content is very easy to find. Because of its lack of security and filters, as well as the potential for bullying and abuse, we don’t recommend that kids and teens use this site.

Teaching kids and teens about digital citizenship require parents and educators to put in the work and stay familiar with the technology that they’re using.

One of the best ways to teach students how to engage positively online is through our Digital First Responder training program.

We teach students how to address online negativity, report inappropriate behavior, and support friends and peers on social media. When students are empowered to take positive action, they’re less likely to suffer from cyberbullying, harassment, and other online safety issues.

To bring our Digital First Responder training to your district, school, or classroom, learn more and get in touch!